What a day, oh what a magnificent day!  The low winter sun cast a golden glow over the slopes of Knockmealdown, Baylough nestled darkly in its brooding coomb and the mighty Blackwater carved her silken way to the sea as the eight-man team climbed to glory.  Ladies, where were you?

Battling the biting cold, the ridge from Sugarloaf to Knockmealdown was completed at a smart trot and, the summit being too arctic for lunch, they descended almost to the col where a fine specimen of lepus timidus (mountain hare) surveyed them briefly before bounding quickly away.  Earlier in the day there had been sightings of pipits and even a snipe.   They continued steadily over Knocknangauv and Knocknafallia, their long winter shadows foretelling an early sunset, before making the final descent to Mount Melleray and the monastery café.  Here, the uplifting sound of (recorded) monastic voices singing plain chant accompanied their coffee and they emerged later to a dramatic winter sunset over Mount Melleray.  Magic, pure magic! 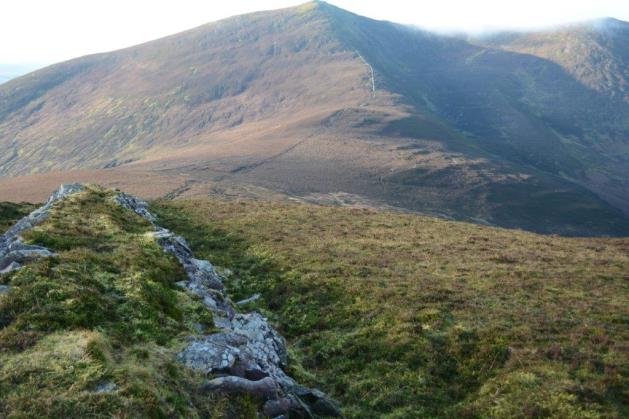 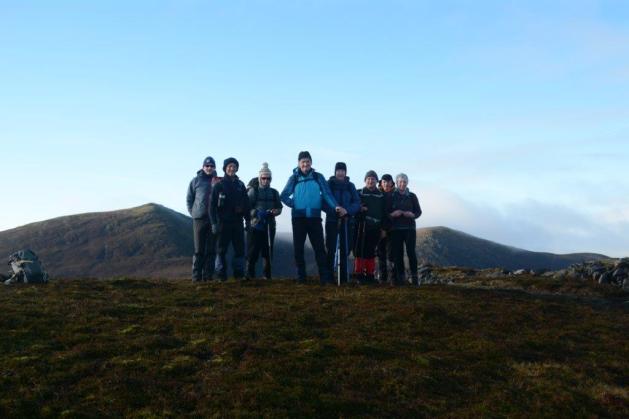